Group of five young athletes including sprinter Sophie Papps and thrower Zane Duquemin to receive more than £60,000 worth of grants

A wave of grants for five British Olympic hopefuls has been announced to mark the one-year anniversary of Jean Pickering’s death.

Sprinter Sophie Papps, high jumper Chris Kandu, decathlete John Lane, hurdler David Omoregie and thrower Zane Duquemin have been named as the five recipients of the Jean Pickering Olympic Scholarships which will see £62,500 distributed to the athletes in the run up to the Rio 2016 Olympic Games.

The funds will be used for athlete development and support costs with further support from the Ron Pickering Memorial Fund (RPMF) in the form of guidance, advice and mentoring on their individual journeys. 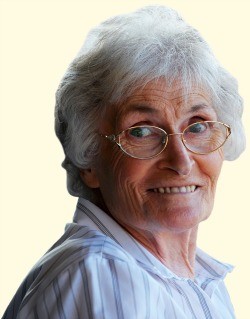 The RPMF was set up by Jean, pictured left, following the death of her husband Ron, the athletics coach and athletics commentator, in 1991. The purpose of the Fund is to help future generations of talented British athletes.

These scholarships are in addition to the annual grants that are distributed every year via the RPMF, with a record number of young British athletes to receive almost £40,000 in grants from the Fund in 2014.

“Jean Pickering was often called the Fairy Godmother of British athletics and served the sport of athletics in so many ways over her lifetime particularly through her work for the Ron Pickering Memorial Fund,” said Shaun Pickering, the son of Jean and Ron and a former international shot putter himself. “It was only fitting that we create something special in her name and so the Jean Pickering Olympic Scholarships were born.”

The new scholarships build on the success of the Great 12 Olympic Fund, where 21 athletes received support ahead of the London 2012 Olympics. Of that group, nine of the 16 age eligible athletes were selected for the 2012 British Olympic team, five reaching finals and one, high jumper Robbie Grabarz, winning a medal.

The RPMF specifically wishes to thank Lady Victoria Leatham and the Drapers Company for their generous support of this project, without which the creation of the scholarships would not have been possible.

It is hoped that further donors, benefactors and corporates might wish to support future scholarship schemes and the RPMF as a whole with help sponsoring more athletes on their journey in the name of Jean Pickering.Those interested should contact RPMF@RPMF.org.uk in the first instance or go to www.RPMF.org.uk.

2021 RPMF Grant Awards 2021 marks the 30th Anniversary of the formation of the Ron Pickering Memorial Fund, following the […]

Great effort by “Ronners” taking part in The 40th Race

On Sunday 4th October, rain and wind swept up and down the country, providing less than ideal conditions for marathon […]